Inspirational Post; Is Provocation a Reason for Physical Abuse 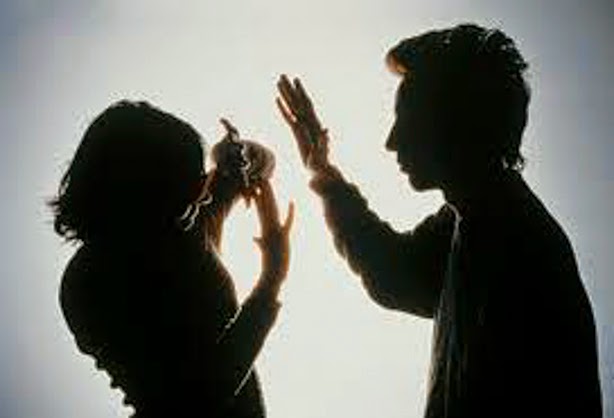 Physical and emotional abuse  are the most common forms of abuse among couples today, though many people live with either one or both forms of  abuse ,  they re often too ashamed or too afraid to talk about it. In some parts of the world, Africa for example where many abusers are not punished by the law in any way, physical abuse has been on a constant rise lately and women are almost always the victims. It is heartbreaking to read blogs and news papers everyday with stories of wives and some husbands being battered or murdered by the very people who promised to love and care for them (their spouses). Well while I am against any form of abuse especially physical abuse against women, Stephen A Smith of Sports Newtwork ESPN s  comment on physical abuse got me thinking, do women provoke men to abuse them? read Stephen ´s comment below where he claims that sometimes  women provoke or provocation from women is responsible for domestic violence;

“We know you have no business putting your hands on a woman. I don’t know how many times I got to reiterate that. But as a man who was raised by women, see I know what I’m going to do if somebody touches a female member of my family. I know what I’m going to do, I know what my boys are going to do. I know what, I’m going to have to remind myself that I work for the Worldwide Leader, I’m going to have to get law enforcement officials involved because of what I’m going to be tempted to do.
But what I’ve tried to employ the female members of my family, some of who you all met and talked to and what have you, is that again, and this what, I’ve done this all my life, let’s make sure we don’t do anything to provoke wrong actions, because if I come, or somebody else come, whether it’s law enforcement officials, your brother or the fellas that you know, if we come after somebody has put their hands on you, it doesn’t negate the fact that they already put their hands on you. So let’s try to make sure that we can do our part in making sure that that doesn’t happen.
Now you got some dudes that are just horrible and they’re going to do it anyway, and there’s never an excuse to put your hands on a woman. But domestic violence or whatever the case may be, with men putting their hands on women, is obviously a very real, real issue in our society. And I think that just talking about what guys shouldn’t do, we got to also make sure that you can do your part to do whatever you can do to make, to try to make sure it doesn’t happen.
We know they’re wrong. We know they’re criminals. We know they probably deserve to be in jail. In Ray Rice’s case, he probably deserves more than a 2-game suspension which we both acknowledged. But at the same time, we also have to make sure that we learn as much as we can about elements of provocation. Not that there’s real provocation, but the elements of provocation, you got to make sure that you address them, because we’ve got to do is do what we can to try to prevent the situation from happening in any way. And I don’t think that’s broached enough, is all I’m saying. No point of blame.”
What re your thoughts on this guys???
xoxoxo
harrie
0 Comments
By Harrie

Fashion…Favorite Looks from the Cannes -The great Gatsby Premier

Afro Hair Inspiration of the Day!!!